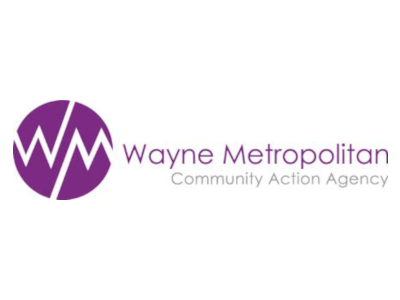 Mission: Guided by our belief that no one should live in poverty, Wayne Metro empowers people and communities to be strong, healthy and thriving.

Activities: Wayne Metro has been serving 42 outer Wayne County communities since 1971. However, in 2012 Detroit’s Department of Human Services was defunded amid allegations of mismanagement of funds. Because of Wayne Metro’s excellent reputation for fiscal management, it was named Detroit’s interim provider of services for low-income residents and community building programs, and in March of 2015, was named the official permanent Community Action Agency of Detroit. As a result of this change, Wayne Metro has had to grow quickly and innovate to serve more clients efficiently while maintaining a high level of quality and fiscal responsibility. This article in Crain’s Detroit Business provides more information about call center changes that Wayne Metro made between 2012 and 2015 as a result of its expansion into Detroit.

Collaboration with TPMA: All Community Action Agencies are required to conduct a Community Needs Assessment that gathers feedback from service recipients, staff, partner agencies and community leaders about the needs in the community. The Needs Assessment is then used to guide the organization’s strategic plan, services offered, and opportunities pursued for the next three years.

In 2016, as Wayne Metro planned for the growth and sustainability it would need to support its continued service in out-Wayne County, and expand into Detroit, TPMA partnered with Wayne Metro to develop its 2016 Community Needs Assessment. Since that time, Wayne Metro has continued to grow strategically to fulfill the needs identified in the 2016 report. Now, three years later, TPMA is excited to be joining Wayne Metro again to complete the 2019 Community Needs Assessment that will provide meaningful stakeholder input and recommendations that will help guide the organization into its next phase of development.